Skip to Main Content
It looks like you're using Internet Explorer 11 or older. This website works best with modern browsers such as the latest versions of Chrome, Firefox, Safari, and Edge. If you continue with this browser, you may see unexpected results.

Generally, the first step in researching an author or literary topic is to do a preliminary (or more thorough) search in the following databases:

RefWorks allows you to import references from text files or online sources. You can use these references in writing and formatting papers and bibliographies in a variety of styles (e.g., APA, MLA, Chicago).

If you haven't used RefWorks before, you'll need to create an account.

You'll receive an email with a link to complete the registration process. Once you complete registration, you'll get access immediately and can get started managing your references. 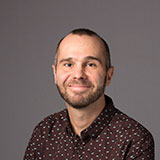